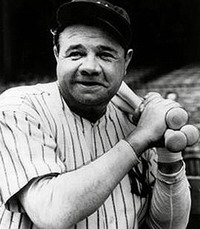 Baseball fans called him Babe, the Bambino, and the Sultan of Swat. He set home run records that lasted for decades. His full name was George Herman Ruth, and he became one of the greatest heroes in American sports.

Babe Ruth led the Boston Red Sox to three World Series championships. Then he helped make the New York Yankees the most successful major league team of his time.

Ruth overcame a troubled childhood to achieve baseball glory. He was born in Baltimore, Maryland, in 1895. The young Ruth fell in with a rough crowd on the streets of the city’s waterfront.

At a college track meet in 1935, Jesse Owens set three world records and tied a fourth within the space of 45 minutes. His amazing performance that day was a sign of even greater things to come.

One year later, Owens became a hero of the Olympic Games. Competing as a member of the United States team, he won four gold medals. Today, Owens is remembered as one of the greatest track-and-field athletes of all time.

When Muhammad Ali was 12 years old, someone stole his bicycle. It was a shiny new bike, a birthday present. Ali was very angry. He told a police officer he wanted to punch the person who stole it. The officer suggested that he back up those “fighting words” by learning how to box.

During the next 25 years, Muhammad Ali would become one of the top athletes and best boxers of the 20th century. He won a gold medal at the Olympic Games. He went on to earn the title of world heavyweight boxing champion three different times. His fights were major events watched by millions of people around the world. 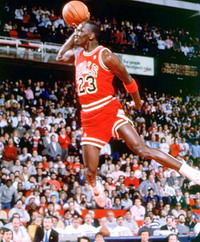 Many people think Michael Jordan was the greatest basketball player ever. He led the Chicago Bulls to six National Basketball Association (NBA) championships. He earned the nickname “Air Jordan” because he often seemed to defy gravity on leaps toward the basket. Fans adored his smiling face and his determination to succeed. During his playing career, Michael Jordan became the most famous athlete in the world. 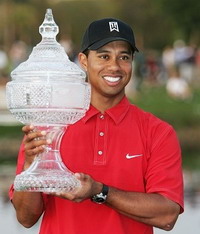 “Tiger knew how to swing a club before he could walk.” So says Tiger Woods’s father, Earl Woods. He was talking about a golf club. By the age of 21, Tiger Woods was the best golfer in the world. Some people say he’s the greatest golfer who has ever played the game.

A BABY TIGER WITH A GOLF CLUB

Eldrick Woods was born on December 30, 1975, in Cypress, California, near Los Angeles. His father nicknamed him Tiger after an army friend.