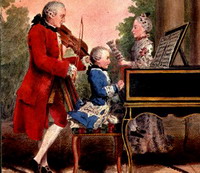 Wolfgang Amadeus Mozart wrote an amazing amount of music, especially for someone who died so young. He was only 35 when he died, yet he composed more than 600 pieces of music. Music lovers place Mozart among the greatest composers who ever lived.

A STAR AS A CHILD

Mozart was born in Salzburg, Austria, in 1756. His father started training him so early that by age six Mozart was performing for the kings and queens of Europe. The young child absorbed the music written at the time on his visits to these royal courts. By eight, Mozart was writing his own symphonies. 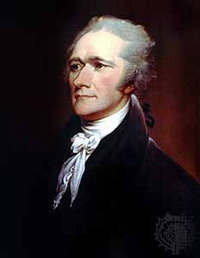 Alexander Hamilton set the newly created United States on solid financial footing, after the American Revolution (1775-1783) left it broke. He also pushed for a strong national government for the United States, when others favored giving strong powers to the states. Hamilton expressed his views in famous political writings known as The Federalist papers.

Hamilton was born in 1757 on the island of Nevis in the Caribbean Sea. When he was 12, he went to work as a clerk in a countinghouse. His mother had died. His father had lost all his money. 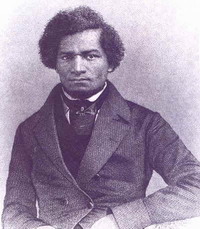 Frederick Douglass was born into slavery. As a young man, he became convinced that slavery was wrong and that all people should be free. Douglass was a powerful speaker and skilled writer. He devoted his life to ending slavery.

Frederick was born in 1817 on a plantation in Maryland. His original name was Frederick Augustus Bailey. When Frederick was eight years old, he was sent to Baltimore to work for a new master. 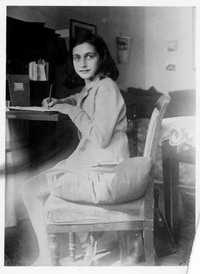 Anne Frank’s life was short and tragic. Yet her brave spirit has survived in her diary. She wrote this diary while hiding from the Nazis during World War II (1939-1945).

Anne Frank was born in Frankfurt, Germany, on June 12, 1929. Her family was Jewish. In 1933, the Nazi Party came to power in Germany. The Nazis blamed Jews for the nation’s problems and began a campaign against Jews. The Frank family moved to Amsterdam in The Netherlands to escape the Nazis. But in 1940, Germany invaded The Netherlands, and Jewish people there began to suffer under anti-Jewish policies. 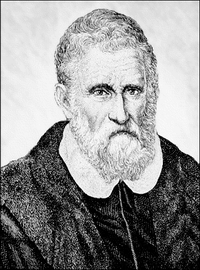 They called him “the man with a million stories.” People flocked to Marco Polo’s home to hear him tell exciting tales about his travels in distant lands.

Marco Polo won fame for his journeys across Asia. He wrote a book about his travels that became one of the most famous travel guides in history.

Marco Polo was born in 1254 to a family of merchants. His home was Venice, Italy. Venetian merchants bought and sold valuable Chinese goods, including precious silk cloth. Such goods were brought to Europe along an ancient route known as the Silk Road. The merchants also used the route to travel east on trading missions.