A short history of petroleum

By the early 1900s, the Standard Oil Company of John D. Rockefeller came to control almost all of the American oil industry. With oil over one hundred fifty dollars a barrel, this is may be a good time for a short history of petroleum.

Petroleum has been important since ancient times. The Greek historian Herodotus told of its use in the form of pitch for building and road making in the ancient city of Babylon in present-day Iraq.

With Beijing's promise of limited assistance to Hanoi, the communist military strategy concentrated on the liberation of Tonkin and consigned Cochinchina to a lower priority. The top military priority, as set by Giap, was to free the northern border areas in order to protect the movement of supplies and personnel from China.

By autumn of 1950, the Viet Minh had again liberated the Viet Bac in decisive battles that forced the French to evacuate the entire border region, leaving behind a large quantity of ammunition.

The History of Merry Christmas 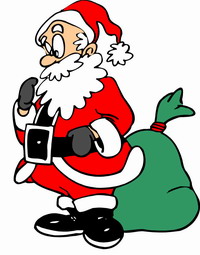 The history of Christmas dates back over 4000 years. Many of our Christmas traditions were celebrated centuries before the Christ child was born. The 12 days of Christmas, the bright fires, the yule log, the giving of gifts, carnivals(parades) with floats, carolers who sing while going from house to house, the holiday feasts, and the church processions can all be traced back to the early Mesopotamians.

Many of these traditions began with the Mesopotamian celebration of New Years. The Mesopotamians believed in many gods, and as their chief god - Marduk.

The History of Football (Soccer)

Soccer, game played by two teams on a rectangular field, in which players attempt to knock a round ball through the opponents’ goal, using any part of the body except the hands. Generally, players use their feet and heads as they kick, dribble, and pass the ball toward the goal. One player on each team guards the goal. This player, the goalkeeper, is the only player allowed to touch the ball with the hands while it is in play.

Soccer is a free-flowing game that has relatively few rules and requires little equipment. All that is needed to play is an area of open space and a ball.

By 1775, King George III of Great Britain was really angry! His 13 colonies in North America seemed bursting with troublemakers who wouldn’t pay their taxes.

King George was determined to force the rebellious colonists to obey him. Instead, their rebellion slid into war—the American Revolution—that lasted from 1775 to 1783 and killed thousands on both sides. When it was over, the colonies had won independence from Britain. With independence came a brand-new nation, the United States of America.