What is the IELTS Test? 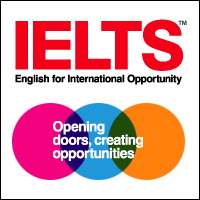 The IELTS Test is used to determine people's ability to read, write and speak in English. It also establishes someone's ability to listen to spoken English.

IELTS stands for the International English Language Testing System. The test is owned by three organisations who are empowered to protect the validity of the test.

What is the IELTS Test for?

There are two types of IELTS Test:

The General Training IELTS Test is mainly used to test the English skills of people who want to further their careers by working in a country where English is spoken as a first language.

The academic IELTS Test is mainly used to test the English of people who want to take further or higher education courses at colleges or universities in a country where English is spoken as a first language. Although this website covers aspects of the General Training IELTS Test, the focus of the site is to help people prepare for the Academic IELTS Test.

Which countries use the IELTS Test?

The IELTS Test is used as a test of English at colleges and universities in the following countries:
Australia
New Zealand
The United Kingdom
South Africa
Canada

There is an idea amongst some students that only the TOEFL test is accepted at colleges and universities in the United States. This not true. More and more American institutions are accepting the IELTS Test.

The IELTS Test is quite different from other English language tests available. The testing philosophy behind a number of English tests is to show what people know about English rather than show what they can do in English. The assumption is, for instance, that if people know a lot about grammar and have a good vocabulary, they must be able to use English well. Of course, this is not necessarily the case. Many students are extremely good at grammar and have a good range of vocabulary, but they are not very good at communication in the language.

How can you do well in the IELTS Test?

It is important to remember that to do well in the IELTS Test you should be able to speak well, write well, read well and be able to understand spoken English - it is as simple as that. Although you can prepare for the test (and this site will help you to do that), it is not a matter of memorizing grammar or vocabulary - you cannot prepare for the IELTS Test in this way. You will need to work really hard to get the score you need to get the IELTS score you need to study overseas!

What is the format of the IELTS Test?

The IELTS Test has four test 'modules' to test each skill - a listening module, a reading module, and writing module and a speaking test. Generally, the test is in this order, but the speaking test can take place before, or after the other modules.