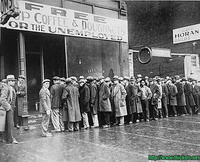 During the Great Depression of the 1930s, millions of people lost their jobs, savings, and homes. The hard times lasted about ten years.

The Great Depression began after the stock market crashed in October 1929. During the 1920s, many Americans had bought stocks—shares of ownership in companies. They hoped to make big profits, and they borrowed money to buy stocks.

In the 1950s, the United States fought in a war that the country never officially declared. About 5 million people, mostly Koreans, died in a three-year conflict that no one won. This conflict is known as the Korean War.

The Korean War is sometimes called America’s forgotten war. Perhaps that’s because no one wants to remember it.

Japan invaded the Korea Peninsula in 1910. It controlled Korea for 35 years, until the end of World War II. When Japan lost World War II in 1945, the Allies who won the war divided Korea in half from east to west at the 38th parallel of latitude.

You probably know that Abraham Lincoln was a great American president. But do you know what political party he belonged to? Answer: the Republican Party. In fact, Lincoln was the very first Republican to win election to the United States presidency.

The Republican Party is sometimes called the GOP, which stands for Grand Old Party. This nickname for the party dates from the late 1800s.

WHAT IS A POLITICAL PARTY?

A political party is a group of people who work together to influence the government. They try to get members of their party elected to political offices, such as the presidency and the Congress of the United States. The Republican Party is one of America’s two main political parties. The other one is the Democratic Party.

President of the United States 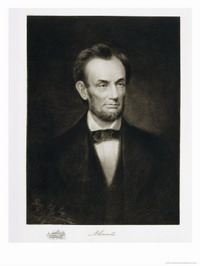 The president is elected by voters across America. Before deciding to run for election, it’s a good idea to know what the duties and responsibilities of the president are. Although presidents have a lot of power, they also shoulder quite a heavy burden.

WHAT IS THE PRESIDENT’S JOB? 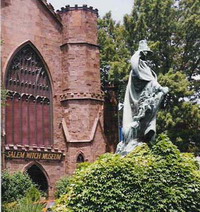 In early 1692, a group of girls in the town of Salem, Massachusetts, started to have mysterious fits. Their bodies twitched and they shrieked with pain. People at that time believed that the Devil used witchcraft as part of his evil work. Worried parents feared their daughters had been bewitched. To cure the girls, the town had to find and punish the witches. Adults pressured the girls to tell them who the “witches” were, launching a witch hunt in Salem. By October 1692, 20 people had been named, put on trial, and killed for being witches.

WHO WAS ACCUSED OF WITCHCRAFT?

People believed the Devil tempted a woman into evil more easily than a man. Most of the people accused in Salem were women. At first the girls only accused a few women. But the finger-pointing spread until over 100 men and women had been charged with practicing witchcraft.