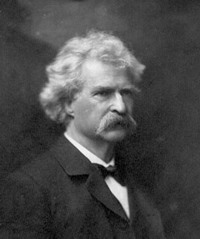 Mark Twain is one of the greatest American writers. His books are full of American places, everyday language that Americans speak, memorable American characters, and a hatred of injustice. Most of all they’re full of humor.

TALL TALES AND LIFE ON THE MISSISSIPPI

Twain’s real name was Samuel Langhorne Clemens, and he was born in 1835 in Florida, Missouri. His childhood in Hannibal, Missouri, a port on the Mississippi River, influenced his writing. Before Twain became a writer, he tried being a newspaper printer, a steamboat pilot, and a miner of silver. During the California Gold Rush, he failed to find anything of value.

Plato was a very original thinker who lived in ancient Greece. He asked questions that nobody had asked before. He even tried to explain how the human mind works.

Plato was born about 428 bc in Athens, Greece. He became a pupil of Greek philosopher Socrates. Then he set up a school in 387 bc. He called his school the Academy. Pupils studied astronomy, biology, mathematics, politics, and philosophy at the Academy. 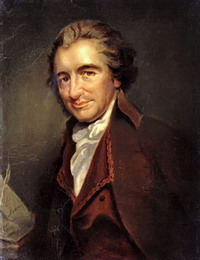 Thomas Paine, born in England in 1737, was a poor man with rich ideas about freedom. He believed the American colonies could become a new nation free from Great Britain. One of the great writers of his time, Paine’s writings inspired Americans to revolt against Britain. “The birthday of a new world is at hand,” Paine wrote in his most famous publication, Common Sense.

As a young man, Thomas Paine met American statesman Benjamin Franklin in London. Encouraged by Franklin, Paine sailed for Philadelphia, Pennsylvania, in 1774. Once there, he picked up his pen in the cause of liberty. 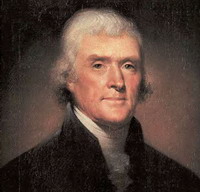 Thomas Jefferson is remembered as one of America’s greatest political thinkers. He wrote the Declaration of Independence, and later was elected the nation’s third president. As president, Jefferson nearly doubled the size of the United States with the purchase of the vast Louisiana Territory.

Jefferson’s talents stretched far beyond politics. He was an inventor, architect, scientist, musician, and more! 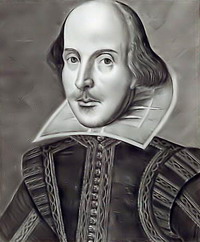 No author is quoted more often than William Shakespeare. His is the most famous name in all of English literature. What makes him so great?

Shakespeare was born in 1564, in Stratford-upon-Avon, a prosperous town in England. His local grammar school had a demanding curriculum. At age 18, he married Anne Hathaway. They had a daughter, Susanna, and twins—Hamnet and Judith. At some point, Shakespeare left Stratford for London, to work in the theater.