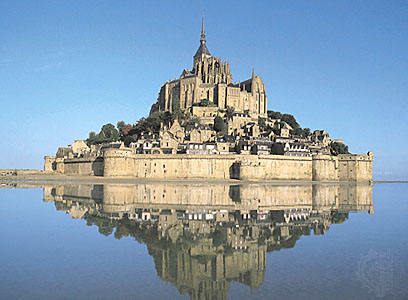 Mont Saint-Michel is a rocky tidal island in Normandy, France. It is located approximately one kilometer off the country's north coast, at the mouth of the Couesnon River near Avranches. The island is best known as the site of the spectacular and well-preserved Norman Benedictine Abbey of St Michel at the peak of the rocky island, surrounded by the winding streets and convoluted architecture of the medieval town. In prehistoric times the bay was land. As sea levels rose erosion shaped the coastal landscape over millions of years. Several blocks of granite or granulite emerged in the bay, having resisted the wear and tear of the ocean better than the surrounding rocks. These included Lillemer, the Mont-Dol, Tombelaine and Mont Tombe, later called Mont Saint-Michel.

Mont Saint-Michel was previously connected to the mainland via a thin natural land bridge, which before modernization was covered at high tide and revealed at low tide. Thus, Mont Saint-Michel has been compromised by several developments. Over the centuries, the coastal flats have been polderised to create pasture. Thus the distance between the shore and the south coast of Mont-Saint-Michel has decreased. The Couesnon River has been canalised, reducing the flow of water and thereby encouraging a silting-up of the bay. In 1879, the land bridge was fortified into a true causeway. This prevented the tide from scouring the silt round the mount.

What is the universe made of? Why do accidents happen? How do animals grow? Ancient Greek philosopher Aristotle tried to find answers to big questions like these. Today, he is remembered as one of the greatest philosophers who ever lived.

Aristotle was born in 384 bc in ancient Macedonia (now northern Greece). His father was a doctor. When Aristotle was 17, he went to Athens, the biggest and richest city in ancient Greece. 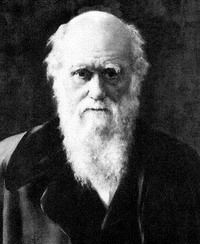 Charles Darwin had no idea when he set off on a sea voyage to explore South America in the 1830s that he would set off a controversy that continues today. Darwin studied animals in isolated places. He thought that differences he saw in similar species (kinds) of animals meant that the animals had evolved, or changed over time. His important idea is called the theory of evolution by natural selection.

Charles Robert Darwin was born in Shrewsbury, England, on February 12, 1809. He came from a wealthy family and never had to work. He studied medicine and theology. In 1831, he had the chance to go on a scientific expedition. He sailed as a volunteer scientist aboard the HMS Beagle. 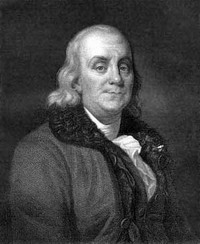 Was Benjamin Franklin a famous scientist? Or was he an inventor? Was he a diplomat and a statesman? Or a printer and a writer? Franklin was not just one of these things—he was all of them!

When Nicolaus Copernicus went to school, he learned that Earth was the center of the universe and that everything in the heavens revolved around Earth. The Sun and all the planets circled around Earth, he was told.

The Earth-centered theory taught to Copernicus had been developed 1,400 years before by an astronomer named Ptolemy, who lived in Alexandria, Egypt. Copernicus looked into Ptolemy’s system more carefully and came up with a different idea. He was sure that the Sun is the center of our solar system and that Earth and the other planets go around the Sun. He was right, of course. Today, we think of Copernicus as the founder of modern astronomy.