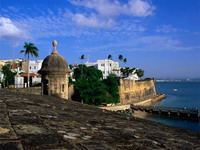 Puerto Rico means “rich port” in Spanish. Spanish colonists named this small Caribbean island in the early 1500s. The name originally referred to the large, protected harbor on the island’s northeastern coast. That’s where the capital city of San Juan was built.

WHERE IS PUERTO RICO?

Puerto Rico is part of the Greater Antilles, an island group in the Caribbean Sea. The other islands of this group are Cuba, Jamaica, and Hispaniola.

Russia is the biggest country on Earth. Russia is so big that the whole United States could fit inside it nearly twice. In fact, if you started from one end of Russia, you would travel almost halfway around the world before you reached the other end!

Russia extends across two continents. About one-third of it lies in Europe. The rest stretches all the way across northern Asia. The Ural Mountains, which run north to south, divide European Russia from Asian Russia. In all, about 144 million people live in Russia.

The Spanish call their country España. The name comes from the ancient word Span, which means hidden or remote land. It’s a fitting name, since Spain stands somewhat apart from the rest of Europe.

Spain is on a peninsula, a piece of land that juts into water. It’s called the Iberian Peninsula, and it lies between the Atlantic Ocean and Mediterranean Sea. Spain covers most of the peninsula, apart from a small area occupied by the country of Portugal to the west.

South America is a continent of fascinating contrasts. It has huge cities, a rich culture, and modern buildings and industries. Yet South America remains the most mysterious and unexplored of the world’s inhabited continents. 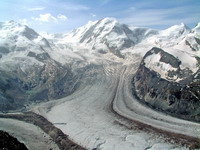 Have you heard of a mountain called the Matterhorn? Do you know what yodeling is? Maybe you’ve tasted Swiss cheese or Swiss chocolate? If so, you already know something about Switzerland, a small, mountainous country in the middle of Europe.

WHO ARE THE SWISS?