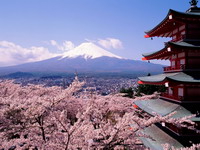 Japan is sometimes called the “land of the rising sun.” The Japanese themselves call their country Nihon or Nippon, which means “origin of the sun.” You can see an image of the sun on Japan’s flag: a red circle on a plain white background.

In many ways, Japan is old and traditional. It’s also one of the world’s most modern, and densely populated, countries.

Japan is an island nation located off the northeast coast of the mainland of Asia. The Japanese islands lie in the North Pacific Ocean.

Mexico is the southern neighbor of the United States. Its full name in Spanish is Estados Unidos Mexicanos, which means the United Mexican States. Spanish is the language of Mexico because Spain ruled Mexico for 300 years.

Most of Mexico’s people have both Spanish and Native American ancestry. Although most Mexicans speak Spanish, some still speak the Native American languages of their ancestors. 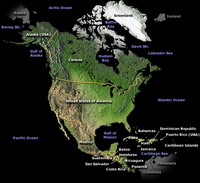 Colonists from England, France, and Spain flocked to North America after Christopher Columbus’s famous voyage in 1492. They claimed land and wealth for themselves and their kings. These countries gradually lost their lands in North America. But their influence still shows in the people and cultures of North America.

The Middle East is not a country. It’s not a continent. It has no set borders. What is it then? What is it in the middle of?

WHERE IS THE MIDDLE EAST?

Imagine a region the size of the United States. Now imagine that most of it is underwater. Picture tiny dots of land spread far and wide across an enormous patch of blue.

What you’re imagining really exists. Millions of people live there. This region is called the Pacific Islands. It also goes by the name of Oceania.

WHAT ARE THE PACIFIC ISLANDS?

The Pacific Islands are more than 25,000 islands in the western and central Pacific Ocean. The islands lie across millions of square miles of ocean.