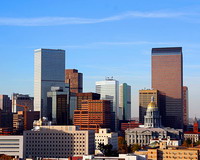 The Rocky Mountains extend through a belt of Western states, from Canada to Mexico. They are especially dramatic in Colorado. Some of the highest mountain peaks in the United States are here. Colorado has 53 peaks that are taller than 14,000 feet (4,300 meters). That’s more than 2½ miles high! 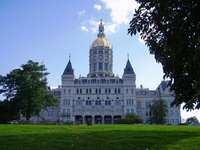 Connecticut is the third smallest state in the United States. Only Rhode Island and Delaware are smaller. The name Connecticut comes from a Native American word, Quinnehtukqut. It means “beside the long tidal river.” That river is the Connecticut River. It flows through the middle of the state, from north to south. 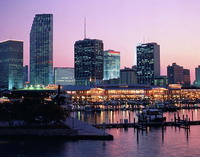 Florida is famous for its sandy beaches and warm, sunny weather. Some people say the balmy weather is Florida’s most important resource. It has helped make Florida one of the fastest-growing states in the United States. Florida’s nickname, the Sunshine State, shows the importance of its climate.

On March 3, 1845, Florida became the 27th state to join the United States. Tallahassee is Florida’s capital, and Jacksonville is the largest city. Miami is the state’s biggest metropolitan area.

Which state of the United States came first? What state is sometimes known as the Blue Hen State? What state lies closer to sea level than any other? You have to think small because it’s also the second smallest state. It’s Delaware.

Delaware’s official nickname is The First State. Delaware was the first state to approve the Constitution of the United States.

Georgia is named in honor of British king George II. It was the last, and most remote, of the original 13 English colonies. Today, Georgia is home to about 9 million people. That gives Georgia the tenth largest population in the United States.

Atlanta is Georgia’s capital city. It’s the biggest city in Georgia and one of the most important cities in the Southern United States.

The southern half of Georgia touches the Atlantic Ocean. Because of its location in the Southeastern United States, most of Georgia has mild, sunny weather.