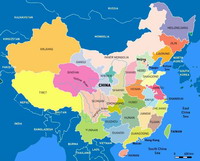 More people live in China than live in the United States, Canada, Mexico, Australia, Russia, Germany, France, the United Kingdom, Italy, and Japan put together. It’s the world’s biggest country in population and the fourth largest in area. Only Russia, Canada, and the United States are larger.

China is located in eastern Asia. Its official name is the People’s Republic of China. The Chinese themselves call their country Zhongguo, which means “Central Country” or “Middle Kingdom.” 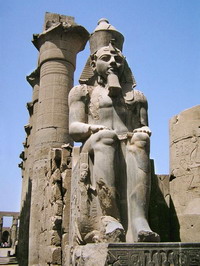 Would you like to see the world’s biggest pyramids? Perhaps you’d enjoy a tour of the desert on a camel? Or maybe you’d like to take a boat ride on the Nile, the longest river in the world? You can do these things and much more in Egypt.

Egypt is a country in northeastern Africa. A small part of Egypt, the Sinai Peninsula, extends into southwestern Asia. Egypt stretches between the Red Sea in the east and the country of Libya in the west. In the north, it touches the Mediterranean Sea.

One of the world’s oldest civilizations started in Egypt, along the banks of the mighty Nile.

France attracts more tourists than any other country in the world. Tourists come to see France’s splendid scenery. But mostly they come to see Paris, the capital of France. Paris is considered one of the most beautiful cities in the world.

For centuries, France has been the center of art and culture in Europe. Some of the world’s greatest artists and writers have worked here. French fashions and cooking are widely admired and copied. 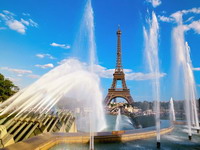 “Europe”—the word calls to mind a land of famous old buildings, scenic countryside, and time-honored traditions. Europe is rich in history. Ancient stone castles, lavish palaces, and beautiful cathedrals dot the land. But it’s also one of the world’s most vibrant, modern places.

Europe attracts visitors from around the world. They come to see its historic landmarks, world-class art museums, and great natural beauty. Scenic attractions include the rolling green hills of the British Isles, towering peaks of the Swiss Alps, and sunny Mediterranean beaches. 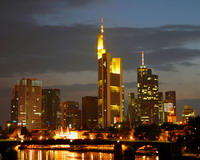 Germany has more people than any country in Europe, not counting Russia. Industry has made Germany wealthy. It is the dominant economic power in Europe. Its factories make steel, cars, cameras, chemicals, and machines of every type. Yet Germany lay in ruins in 1945, after its defeat in World War II.

Germany lies at the heart of Europe. Berlin is its capital and largest city. Other European countries border Germany on all sides. But the country has a seacoast to the north, where it meets the Baltic Sea and the North Sea. Hamburg, a city near the North Sea, is Germany’s major seaport.