The Tay Son Rebellion (1771-1802), which ended the Le and Trinh dynasties, was led by three brothers from the village of Tay Son in Binh Dinh Province. The brothers, who were of the Ho clan (to which Ho Quy Ly had belonged), adopted the name Nguyen. The eldest brother, Nguyen Nhac, began an attack on the ruling Nguyen family by capturing Quang Nam and Binh Dinh provinces in 1772.

The chief principle and main slogan of the Tay Son was "seize the property of the rich and distribute it to the poor." In each village the Tay Son controlled, oppressive landlords and scholar-officials were punished and their property redistributed.

The Tay Son also abolished taxes, burned the tax and land registers, freed prisoners from local jails, and distributed the food from storehouses to the hungry. As the rebellion gathered momentum, it gained the support of army deserters, merchants, scholars, local officials, and bonzes.

The legend that follows is one of the oldest of Vietnam, reputedly going back to the early years of the semi-legendary Hong Bang dynasty. It is probably of Taoist inspiration and affirms a belief in genie and immortals.

The third King Hung Vuong had a beautiful daughter named Tien-Dung (Divine Beauty), who, although of fairy-like loveliness, was endowed with a whimsical nature. Despite her father's entreaties, she rejected every offer of marriage, preferring, as she said, to remain single in order to satisfy her passion for visiting the many beautiful sites of her father's kingdom, known as Van Lang. As the king loved his daughter tenderly, he tried to please her in every way possible, even placing at her disposal a number of vessels including the royal barge, so that she could navigate the rivers of the realm.

Tet has become so familiar, so sacred to the Vietnamese that when Spring arrives, the Vietnamese, wherever they may be, are all thrilled and excited with the advent of Tet, and they feel an immense nostalgia, wishing to come back to their homeland for a family reunion and a taste of the particular flavours of the Vietnamese festivities.

Plant Neu
Cay neu is a bamboo pole (New Year's Tree) stripped of its leaves except for a tuft on top. Red paper is used to decorate the tree, which is planted outside the house during the Tet holiday.

In Vietnam, the first day of the Lunar New Year is called Tet. On the days before Tet, people plant an extremely tall bamboo tree in front of their homes.

Bows, arrows, bells and gongs are hung on the treetop with the hope that all the bad luck of the past year will be chased away and everyone will have a happy New Year. The tree is called neu and the story is legend.

Once upon a time, the devil ruled the earth. Everybody worked for him from early morning until midnight. A very greedy creature, the devil seized everything made by men for himself. People worked hard all year round but had almost nothing to eat. All the fruits of their labor went into the devil's warehouses. 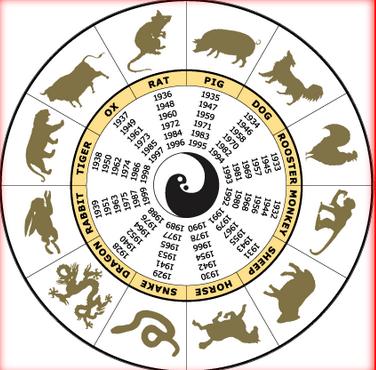 In Vietnam, the calendar was devised based on the regularly changing phases of the moon. Most Vietnamese, even city dwellers and overseas Vietnamese, have a lunar calendar in their homes to consult for festivals and auspicious dates. Because of the use of the lunar calendar, the actual days of the New Year vary from year to year.

The equinoxes and solstices that marked the beginning of the European seasons were taken as the midpoint by the Asian calendar with the result that each Vietnamese season begins six weeks earlier than its European counterpart.

Each year is "sponsored" sequentially by one of the twelve animals of the Vietnamese zodiac: the rat comes first, then the buffalo or ox, followed in order by the tiger, cat, dragon, snake, horse, goat, monkey, cock, dog, and lastly, the pig.