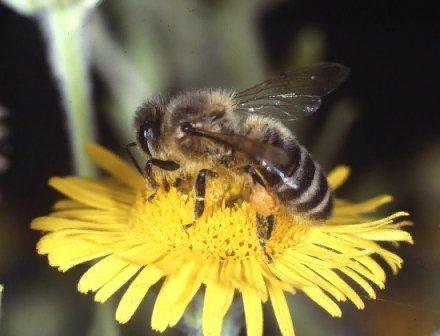 Bees are dependent on pollen as a protein source and on flower nectar or oils as an energy source. Adult females collect pollen primarily to feed their larvae. The pollen they inevitably lose in going from flower to flower is important to plants because some pollen lands on the pistils (reproductive structures) of other flowers of the same species, resulting in cross-pollination (see Pollination). Bees are, in fact, the most important pollinating insects, and their interdependence with plants makes them an excellent example of the type of symbiosis known as mutualism, an association between unlike organisms that is beneficial to both parties.

Why is the lion called “King of beasts” ?

Throughout the history of man, the lion has been considered the symbol of strength. We say “strong as a lion ” or “lion hearted”. In courts throughout the world, the lion was used on shields and crests and banners to indicate power.

Probably this was not because anybody could prove that a lion could defeat all other animals in combat, but because lions strike such terror in man and in other beasts.

The ancient Egyptians believed the lion was sacred, and during the time when Christ was born, lions lived in many parts of Europe. By the year 500, however, they had all been killed. 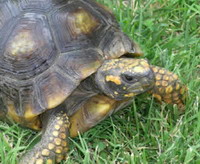 Tortoise, common name for members of a family of turtles that live entirely on land. Tortoises are slow-moving animals known for their long life spans, which in some instances may exceed 150 years. There are 41 species of tortoises.

Tortoises inhabit all of the world’s landmasses except for Australia and Antarctica. The greatest numbers of tortoises are found in the tropical regions of Africa, South America, and Asia. Most tortoises live in dry environments, such as deserts and savannas, although some species prefer moist habitats, such as rain forests and woodlands. 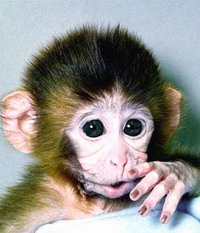 Monkey (animal), any of about 160 species of primates that have grasping hands, forward-facing eyes, and highly developed brains. Most monkeys also have tails, a characteristic that distinguishes them from their larger primate cousins, the apes. Monkeys are highly skilled climbers, and most spend much of their lives in trees. Some have prehensile tails—that is, tails capable of grasping—that they can use as a fifth limb while foraging for food or climbing. 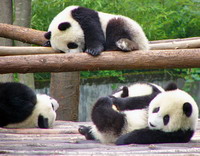 Giant Panda, bamboo-eating bear that lives in forests high in the mountains of central China. As one of the rarest but most recognized animals in the world, the giant panda has become an international emblem of endangered species and wildlife conservation efforts. The Chinese name for the giant panda, da xiong mao, means “great bear-cat.”