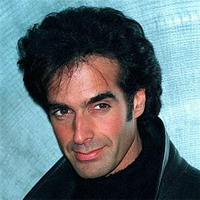 Can you fly like a bird by saying certain words? Or change ordinary metals into gold with a potion? Or cause a rainstorm by dancing in a special way? Of course not—that would be magic!

Long ago, before science developed, most people believed in magic. They thought supernatural forces connected different parts of the world. They believed some people, called sorcerers and witches, had magical powers. They could use special chants, spells, or charms to call on supernatural forces and make wonderful—or terrible—things happen.

In those days, magic and religion blended together. For many people, spells and rituals (special ceremonies) were a part of their religious beliefs. They believed that if certain spells or rituals were performed the right way, the gods or spirits would grant their wishes.

The first priests were religious magicians called shamans. Ancient hunting and gathering people looked to shamans to help them survive. They believed shamans had the power to heal the sick. Shamans were thought to communicate with the spiritual world. They led rituals to make hunting expeditions successful, keep crops growing, and prevent disasters. As civilization advanced, such ideas were left behind.

Few people believe in magic anymore. Yet many still enjoy magic shows. Stage magicians are popular entertainers. Magicians appear to do the impossible, such as make objects disappear or float in the air. Audiences know the magic isn’t real, but even so, they enjoy being baffled. How do magicians do it?

Most magic tricks depend on a practice called misdirection. Misdirection happens when a magician fools the audience into looking the wrong way at key moments. Magicians also use sleight of hand. This means they move their hands too quickly for people to see. Finally, magicians use special equipment. That is why people sometimes say magic is done with “smoke and mirrors.”

MAGICIANS OF THE PAST

Even as entertainment, magic has a long history. A magician named Dedi lived and worked in Egypt around 2700 bc. His most famous trick involved cutting the heads off two chickens and an ox. He then appeared to restore the animals’ heads and bring them back to life.

In 1921, a British magician named P. T. Selbit created one of the best-known acts in magic. He shut a woman into a box and sawed the box in half. Afterward, the woman got out of the box, still alive and whole. About the same time in America, Howard Thurston made the Indian Rope Trick famous. First, he seemed to make a rope rise into the air. Then he climbed the rope—and disappeared!

The American magician and escape artist Harry Houdini amazed audiences with his sensational escapes from seemingly impossible situations. In one act, he escaped from a locked metal box underwater while wearing handcuffs!

MAGIC AS A CAREER?

Magic is fun, but is it profitable? Some famous and successful magicians include Harry Blackstone, Doug Henning, and David Copperfield. Tens of thousands of magicians perform magic acts in the United States today. However, only about 500 of them actually make a living as professionals.