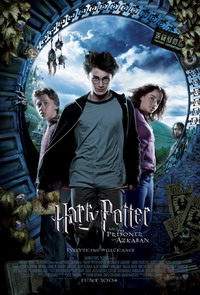 Or maybe you like Harry Potter the best. If you do, you’re not alone. Kids all over the world (and adults too!) love Harry Potter and the books that tell of his adventures.

Maybe you haven’t read Harry Potter’s adventures. If not, then let’s quickly introduce him.

Harry Potter is an unhappy 11-year-old. He lives with his Aunt Petunia and Uncle Vernon Dursley and their awful son Dudley.

Harry doesn’t know it, but he’s a wizard! His mother was a witch and his father was a wizard. Both died fighting the evil wizard Voldemort when Harry was just a baby. Harry was hidden with the unmagical Dursleys to protect him from Voldemort.

Harry’s adventures begin when he is accepted to Hogwarts School of Witchcraft and Wizardry. There, he meets adults like Headmaster Albus Dumbledore and Groundskeeper Rubeus Hagrid. He also befriends schoolmates like Hermione Granger and Ron Weasley, and meets rivals like Draco Malfoy. He learns magic and how to play Quidditch, a game a little like soccer that is played on flying broomsticks.

The Harry Potter novels tell the adventures of Harry at Hogwarts. Each book covers one school year in Harry’s life, starting at age 11.

The creator of the Harry Potter novels is writer J. K. Rowling. The J. K. stands for Joanne Kathleen. Rowling was born in a small town in southern England. She studied languages in college. But she always wanted to be a writer. After finishing college, she lived in Paris, France, and in Portugal. When she returned to the United Kingdom, she began to think about Harry Potter.

Rowling got the idea for the first Harry Potter book while on a train journey to London. Like many writers, her first book was rejected by a number of publishers. But Rowling persisted and eventually found a publisher for Harry Potter and the Philosopher’s Stone. The book appeared in the United Kingdom in 1997.

Harry Potter and the Philosopher’s Stone was a big success. It won prizes for children’s literature in the United Kingdom. It was then published in North America with a slightly different title, Harry Potter and the Sorcerer’s Stone. The story was very popular there as well.

Some of the books have also been made into movies. After a long search, the filmmakers found Daniel Radcliffe to play the part of Harry in Harry Potter and the Sorcerer’s Stone. The movies have been a big success, too.

Meanwhile, there’s good news. Rowling plans to write a total of seven Harry Potter books! That means there are still more of Harry’s adventures to come!