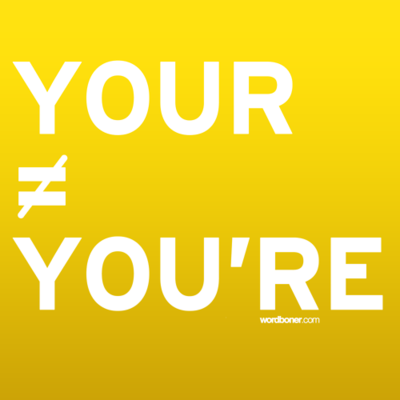 This homonym list provides a homonym worksheet for each homonym pair (or in some cases list of three) with definitions and example sentences.

The homonym list focuses on the most important homonyms for English learners and as such does not include all homonyms.

A homonym is defined as one of two or more words that have the same sound and often the same spelling but differ in meaning, such as too (also) and two (the number).

affect - verb -> to change or influence something or someone
affect - She wanted to affect the students in a way they'd never forget.

effect - noun -> the result of a change or influence
The effect of the performance was stunning.

aisle - noun -> the walkway, as in a theater
I quickly walked down the aisle and took my seat.

allowed - past tense of the verb 'to allow' -> to permit
His mother allowed him to stay up late on Saturday.

aloud - adverb -> using the voice, not silently
She read the story aloud.

ate - verb -> past tense of the verb 'to eat'
She ate a quick lunch and returned to work.

eight - number -> the number 8
I bought eight tickets to the concert.

ball - noun -> a round object used in games and sports
He took a ball to the beach to play with the children.

bear - verb -> to stand something
He can't bear exams.

bare - adjective -> naked, without clothing
He stood outside in the rain completely bare.

base - noun -> the bottom support of something
I think we need a new base for that lamp.

build - verb -> to construct
They build houses in Portland, Oregon.

blew - verb -> past tense of the verb 'to blow'
She blew a lot of bubbles at her birthday party.

blue - adjective -> a colour
Her house is painted blue.

board - noun -> a plan of wood
I used a board to cover the window.

bored - adjective -> not interested
He was bored by the meeting.

break - verb -> to damage something
Unfortunately, I often break my toys!

brake - noun -> stopping device on a vehicle
He used the brake to stop quickly.

buy - verb -> to purchase
Do they often buy clothes in that shop?

by - preposition -> often used to express the agent in a passive sentence
The song was written by Hammersmith.

capital - noun -> A town or city that is head of government
Olympia is the capital of Washington state.

capitol - noun -> A building where the government meets
The capitol is a beautiful building.

cell - noun -> a small room, usually in a prison
There are two prisoners per cell in that prison.

sell - verb -> to provide for sale
They sell books and magazines.

scent - noun -> an aroma
The scent in the air is fabulous!

sent - verb -> past tense of the verb 'to send'
I sent you some pictures last week.

chance - noun -> not on purpose
I saw Mary by chance in California.

chants - noun (plural) -> simple song or melody
We did some grammar chants in class last week.

choose - verb -> to make a decision from amongst more than one
OK, I choose the red one.

close - verb -> to shut
Please close the door when you come in.

clothes - noun -> articles of clothing
He put on his clothes and left for work.

coarse - adjective -> rough, not smooth
The fabric is rather coarse.

course - noun -> a class in which a subject is studied
The English course will begin next week.

creak - verb -> to squeak (make a high pitch sound)
The doors in the house all creak.

daze - noun -> confused state
He walks around in a daze.

deer - noun -> an animal (Bambi - irregular plural: deer)
We saw three deer on our hike in the mountains.

dew - noun -> light water condensation usually found in the morning
The grass was covered with dew.

do - verb -> to perform
They usually do their homework immediately after school.

due - adjective -> payable
The full payment is due by the end of the month.

fax - noun -> a document transmitted via telephone
I sent a fax to the office in Chicago.

fairy - noun -> a magic person or being
The tooth fairy brings $1 for each tooth.

ferry - noun -> a boat that transports cars and other vehicles
We took the ferry to Sardinia last summer.

find - verb -> to discover
I often find coins at the beach.

fined - adjective -> charged a penalty
He was fined $50 for illegal parking.

flour - noun -> powdered grain used for cooking
I want to make some cookies. Could you pick up a bag of flour at the supermarket?

flower - noun -> beautiful blooming part of a plant
That flower is beautiful!

for - preposition
I bought these for you.

four - number -> 4
She wants to bring four friends with her to the party.

forward - adjective -> advancing
We moved forward in the line.

gene - noun -> a chromosome
The X gene is responsible for eye colour.

jean - noun -> fabric
Jeans are made of jean.

grease - noun -> lubricant, fat
He put some grease on the wheel.

Greece - proper noun -> the country
Greece is considered the birthplace of western philosophy.

grown - verb -> past participle of the verb 'to grow'
My daughter has grown quite a bit this year.

hair - noun -> the collective strands on your head
She's got long brown hair.

hare - noun -> similar to a rabbit
He shot a hare while in the field.

heal - verb -> to cure a disease
Doctors heal thousands of patients a year.

heel - noun -> the back part of the foot or shoe
I hurt my heel playing tennis.

hear - verb -> to listen
Did you hear what he said?

here - adverb -> at this place
Is this your book here?

hi - salutation -> Hello
Hi! How are you today?

hoarse - adjective -> rough voice
Your voice is hoarse. Do you have a cold?

hole - noun -> round opening
There is a hole in the wall we need to repair.

hour - noun -> sixty minutes
It took one hour to finish the exercise.

our - possessive adjective -> belonging to us
That's our house on the corner.

knight - noun -> warrior from the middle ages
Arthur was a knight of the round table.

knot - noun -> fastening in a cord
He tied a knot to secure the rope.

naught - noun -> nothing
His efforts came to naught.

know - verb -> to have knowledge
They didn't know where she had studied.

no - adverb -> expresses refusal
No! I don't want to come!

leased - verb -> past form of 'lease': to rent
They leased they office for three months.

least - superlative adjective -> the minimum
She was the least successful of the candidates.

loan - verb -> to allow someone to borrow
Can you loan me some money until tomorrow?

lone - adjective -> the only one
She is the lone person who speaks French.

male - adjective -> relative to men
His male friends are crazy!

marry - verb -> to join in matrimony
Is a pastor going to marry them?

merry - adjective -> happy
We had a merry time at the pub.

meet - verb -> to see someone, to be introduced
Let's meet next week.

mince - verb -> to chop finely
Can you mince that parsley?

missed - verb -> past tense of verb 'to miss'
I missed the airplane and had to book another flight.

mourning - noun -> remember the dead
She was in mourning for three years.

none - pronoun -> not one
None of the students came to the party.

one - number -> 1
Only one man came to the presentation.

won - verb -> past tense of the verb 'to win'
I won a prize at the competition.

pail - noun -> bucket
Use that pail to hold the water.

patience - noun -> quality of being willing to wait
Success requires a lot of patience.

patients - noun plural -> person treated in a hospital or by a doctor
There are too many patients waiting in the emergency room.

piece - noun -> part of something
I had a piece of pie for dessert.

peace - noun -> the state of no war
We all hope to live in peace.

plain - adjective -> not fancy
The food was rather plain in England.

plane - noun -> short for 'airplane'
The plane took off at six in the morning.

practice - noun -> a period of training generally for sport or music
I went to practice after school was finished.

practise - verb -> to train for music
I practise the piano for two hours every day.

read - verb -> past tense of the verb 'to read'
I read Rabbit At Rest last week.

write - verb -> to put something down on paper
I prefer to write my letters in pen.

road - noun -> street
I took the country road instead of taking the freeway.

rode - verb -> past tense of the verb 'ride'
He rode a horse last weekend.

rose - noun -> flower
I gave my girlfriend a red rose for her birthday.

rows - noun plural -> horizontal line of something
There are fifteen rows in the theater.

sail - verb -> to go by sailboat
They often sail at weekends.

sale - noun -> selling at reduced prices
Let's go to the sale at the supermarket this afternoon.

scene - noun -> visual location
The scene was set in the south of France.

seen - verb -> past participle of the verb 'to see'
I haven't seen him in years!

sea - noun -> large body of water
We took a ferry across the sea.

see - verb -> to visualize
Can you see him over there?

sew - verb -> to use needle and thread
Most people don't sew their own clothes.

so - adverb -> to a great extent, very
The test was so difficult I almost failed.

sole - adjective -> the only one
She was the sole person to understand him.

soul - noun -> immortal part of a person
Many people believe that the soul goes to heaven when we die.

stair - noun -> step
Be careful of that stair - it's broken.

stare - verb -> to look at steadily
Don't stare at that woman! It's rude.

steal - verb -> to take unlawfully
I think there should be no punishment for people who steal food to survive.

steel - noun -> metal
Most cars have some steel in their body.

suite - noun -> large room in a hotel
They stayed in the honeymoon suite.

sweet - adjective -> the opposite of sour
Candy is very sweet.

their - possessive adjective -> belonging to them
That's their house on the corner.

there - adverb -> at or in that place
Please sit over there.

threw - verb -> past tense of the verb 'to throw'
He threw the ball to his father.

through - preposition -> passing from one place to another
He went through the tunnel.

to - preposition -> towards (among many uses)
I went to him and offered my congratulations.

two - number -> 2
She bought two magazines and some candy.

vary - verb -> to change
Results may vary with daily or weekly use.

very - adverb -> to a high degree
She was very happy to see Jim.

waist - noun -> area between ribs and hips
I need to reduce the fat around my waist.

wait - verb -> to remain ready for someone or something
Can you wait just a moment?

weight - noun -> an amount of heaviness
I wish my weight were lower.

war - noun -> armed conflict
The war in Iraq is damaging relations with the rest of the world.

wore - verb -> past tense of the verb 'to wear'
He wore a beautiful suit to the interview.

wear - verb -> to attire
Models generally wear jeans and not the expensive clothes they show on the walkway.

where - question word
Where does he come from?

weak - adjective -> opposite of strong
My left arm is very weak. I need to do some exercises.

weather - noun -> the meteorological conditions
The weather has been quite beautiful this week.

whether - conjunction -> whether ... or - indicates an alternative
I don't whether he will come or not.

which - question word -> indicating choice among many
Which vacation should we choose?

witch - noun -> magic woman
Sarah was burned as a witch during the Salem Witch Trials.

wood - noun -> material coming from trees
The desk is made out of wood.

would - verb -> conditional auxiliary
I would like to visit you soon.