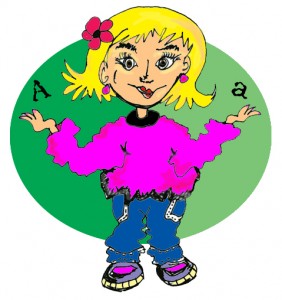 Capitalize the first word of a sentence
Examples:
There is something wrong with this cheese.
Strange things have happened recently.

Capitalize the pronoun "I"
Examples:
He asked me where I had bought my jacket.
If I see her, I will give her your message.

I visited California on my vacation.
She gave Peter a present for his birthday.

There are many special rules concerning proper nouns. Generally, Proper nouns refer to specific people, places, things, pets, organizations, etc. Remember to always capitalize the name of someone or something. Here are some specific rules to follow:

My friend lives in South Carolina.
We are planning a vacation in South Africa.

The Neighborhood Players are presenting a musical next week.
Some Washington Democrats would like to see the company up.

My niece loves Converse shoes.
Do you prefer Siesta or Aloha products?

I went to the Tomato Growers Conference in Salinas last weekend.
Have you ever attended the Technoland Convergence Festival?

I prefer to watch PBS tv whenever possible.
The ICAM commissioned a study on OBLOG.

Some feel that Man is destined for outerspace!

Wotan is one of the gods in Wagner's Ring Cycle.
The paster prayed that God should deliver us from our sins.

Capitalize days of the week, holidays, and months of the year. Do not capitalize seasons.

She flew to Dallas in September.
Do you have any time on Monday?

I lived in Italy for over 10 years.
Have you ever had any really expensive French wine?
Do you speak Russian?

Capitalize family relationships when used in place of a name

Have you given Mom her present yet?
I think Dad needs some time off work.

The soldier wrote to General Smith and asked for advice.
Have you spoken to Vice Principal Smithers yet?

Capitalize the first word in a quote.

This is true even if the quote occurs in the middle of a sentence.

The last time I talked to Peter he said, "Study hard and get to bed early!"
Thomas Patterman was a simple man who said, "Give me life, liberty and a bottle of rum!"

Capitalize the first word in each line of poetry

Roses are red
Violets are blue
I think I said He's in love with you!