Buff: Are You a Buff About Something? 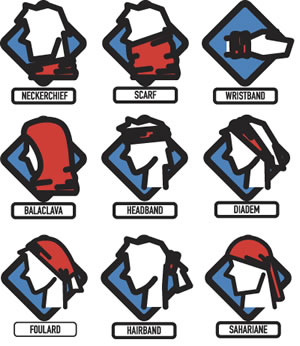 Do you have a strong, special interest?

Now, the VOA Special English program, Words and Their Stories. Today we tell about the word buff.

The word buff has several meanings. Buff is a light yellow color. Buff is also a soft cloth used to rub a surface until it looks bright and shiny.

Yet, these meanings are old, and their history is not known.  The meaning of buff that we do know about is one the describes a person.  A buff is someone who has a strong, special interest in something.  For example, someone who loves jazz music is a jazz buff. Someone who is deeply interested in the American Civil War is a Civil War buff.

This meaning of the word is known to be American.  Its use started almost two hundred years ago in .

At that time, was a growing city. There were no huge tall buildings of steel and stone.  Buildings then were made of wood and brick. Many were old and fires often broke out in them. The city did not have well-organized fire departments.  So, when a fire alarm bell rang, men near the sound of the fire bell dropped what they were doing and rushed out to fight the fire.

Later, fire companies were organized with men who were trained to fight fires.  They were not paid to do this. They earned their money at other jobs, but dropped what they were doing when the fire bell rang.

In cold weather, many of these young volunteer firefighters wore coats made of the skin of buffalo to keep them warm and dry. Often, when the fire bell rang, other men in the city rushed to help put out the fire. They also wore coats of buffalo skin.  In time, any man who rushed to fight a fire became known as a fire buff because of the buffalo coat he wore.

Time, however, has a way of bringing changes. Cities organized fire departments. Firemen became professionals. They are paid to do their job.

Yet, even today, we still have fire buffs who seem to appear at every fire in an area.  Sometimes they prevent firemen from doing their jobs.

A leading newspaper published a story with the headine, “Fire Buffs Barred From Blaze." The story was about an order from ’s fire commissioner.  He was angry.  He told reporters that his firefighters were having trouble getting near the fire, because fire buffs who wanted to help were really getting in the way. So, he said, he did not want anyone but firefighters to go to a fire.

Fire buffs are still around, but the word has taken on a wider meaning. It includes all who have a deep interest in something or some activity. And, so we can thank the American buffalo that once wondered the open plains for this meaning of the word buff.

You have been listening to the VOA Special English program, Words and Their Stories. I’m Warren Scheer.