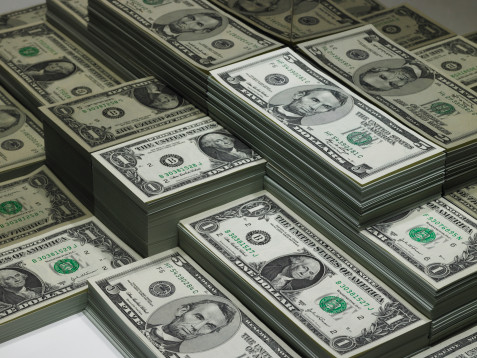 Does money really make the world go round?

Now, the VOA Special English program, WORDS AND THEIR STORIES.

Many people believe that money makes the world go around.  Others believe that money buys happiness.  I do not agree with either idea. But I do admit that money can make people do strange things. Let me tell you about a person I once knew who liked to play card games for money.  He liked to gamble.

My friend Bob had a problem because he liked to gamble at all costs.  He would play at any time and at any price. To take part in a card game such as poker, my friend would have to ante up.  He would have to pay a small amount of money at the beginning of the game.

Bob always played with cold, hard cash --only coins and dollar bills. Sometimes my friend would clean up.  He would win a lot of money on one card game.  He liked to tell me that one day he would break the bank.  What a feeling it must be to win all of the money at a gambling table!

Other times my friend would simply break even.  He neither won nor lost money.  But sometimes Bob would lose his shirt.  He would lose all the money he had. He took a beating at the gambling table.   When this happened, my friend would have to go in the hole.  He would go into debt and owe people money.

Recently, Bob turned to crime after losing all his money.  In his job, he kept the books for a small business.  He supervised the records of money earned and spent by the company.  Although my friend was usually honest, he decided to cook the books.  He illegally changed the financial records of the company. This permitted him to make a fast buck.  My friend made some quick, easy money dishonestly.

I never thought Bob would have sticky fingers.  He did not seem like a thief who would steal money.  But, some people will do anything for love of money.

Bob used the money he stole from his company to gamble again.  This time, he cashed in.  He made a lot of money.  Quickly he was back on his feet.  He had returned to good financial health.  His company, however, ended up in the red.  It lost more money than it earned.  The company was no longer profitable.

It did not take long before my friend’s dishonesty was discovered.  The company investigated and charged him with stealing.  Bob tried to pass the buck. He tried to blame someone else for the deficit.  His lie did not work, however.  He ended up in jail.  Today, I would bet my bottom dollar that my friend will never gamble again.  I would bet all I have that he learned his lesson about gambling.

WORDS AND THEIR STORIES, in VOA Special English, was written by Jill Moss.  I’m Faith Lapidus.