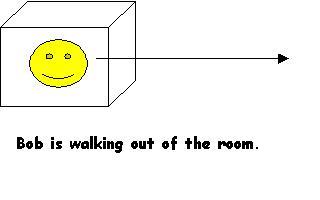 1. Out can indicate removal.

Pattern: verb + noun + out
Please take the trash out.

2. Out can indicate distribution.

Pattern: verb + noun + out
The teacher told me to hand these papers out.

Typical verbs used with out:
give, hand, mail, pass, send

3. Out of indicates movement from inside.

Pattern 1: verb + out of + noun
He was freezing when he got out of the water.

4. Out of indicates absence.

Pattern: be + out of + noun
The boss is out of the office.
My neighbors are out of the country this month.

Expression:
to be out of town—to be absent from one's place of residence
The boss is out of town this week.

5. Out of indicates a distance from.

Pattern: verb + out of + noun of place
The restaurant is about three miles out of town.
They live two blocks out of the city limits.

6. Out of can mean no longer in supply.

Pattern: be/run + out of + plural or noncount noun
I can't make a cake because I am out of eggs.
They had to walk to the gas station because they ran out of gas.

7. Out of can mean not as usually expected.

Pattern: be + out of + noun
All her clothes are out of style.
Unfortunately, her children are out of control.

8. Out of indicates the basic ingredients or composition of something.

Pattern 1: verb + noun + out of + noun
She makes the skirts out of scarves.
He crafted the tables out of twigs.

Pattern 2: past participle of verb + out of + noun
The statue was carved out of stone.
That bread is made out of whole wheat flour.

9. Out of can indicate a fraction.

Pattern 1: number + out of + number + noun
Nine out of ten people on that street have new cars.

Pattern 2: number + noun + out of + noun
Only three women out of the whole group volunteered to help.

10. Out of can indicate beyond.

Pattern: verb + out of + noun
We waved until he was out of sight.
He is out of touch with reality.

11. Out of can indicate a reason for action.

Pattern: verb + out of + abstract noun
She invited him to the party out of kindness.
He only went out of curiosity.

out of it—not conscious of reality
He hasn't adjusted to his new lifestyle; he is really out of it these days.

be put out—be resentful
She was really put out that you didn't invite her to your party.

ask out (separable)—invite on a date
He asks her out all the time, but she never goes with him.

blow out (separable)—to extinguish with air
She blew out all the candles on her birthday cake.

break out (intransitive)—start suddenly
A fire broke out in the field yesterday.

check out (separable)—
1. investigate
Our air-conditioning isn't working; the repairman is coming to check it out.
2. borrow officially
He went to the library to check out that book.

check out (of) (intransitive)—pay the bill at a hotel
Your friends checked out early this morning.
They checked out of the hotel at six o'clock.

chew out (separable)—scold
The boss really chewed her out for being late for the meeting.

close out of (nonseparable)—sell all of an item, and no longer carry it
That store is closing out of small appliances, and is having a huge sale.

count out (separable)—not expect someone's participation
If you're planning a meeting for Saturday, count me out.

drop out (of) (intransitive)—leave a group or society
She didn't enjoy the club, and finally dropped out.
She dropped out of the club.

eat out (intransitive)—eat at a restaurant, rather than at home
That family eats out at least once a week.

figure out (separable)—solve; understand
She can't seem to figure out her problems.

fill out (separable)—complete in writing
Please fill out these forms.

find out (separable)—learn by investigating
Can you help me find out where they live?

get out of (nonseparable)—find an excuse to break a commitment
She said she was sick, and got out of washing the dishes.

go out with (nonseparable)—date someone
She goes out with my brother every Saturday night.

hang out (with) (intransitive)—do nothing, with friends
Those kids just hang out every day after school.
They hang out with other students.

knock out (separable)—cause to lose consciousness
The champion knocked the other boxer out in the first round.

luck out (intransitive)—be lucky
Tickets were hard to get, but we lucked out and got two in the front row.

make out (intransitive)—be successful
We sold all of our stuff at the garage sale and made out pretty well.

pass out (intransitive)—faint
She hadn't eaten all day, and she passed out.

pass out (separable)—distribute
They asked us to help pass out flyers announcing the new restaurant.

pick out (separable)—select
Here are the strawberries; pick out the best ones to serve.

point out (separable)—call attention to
The agent pointed out that the house was in a convenient neighborhood.

put out (separable)—extinguish; display
He put out the fire quickly.
She put out all her best china.

stand out (from) (intransitive)—be noticeable
The tall girl in the chorus stands out.
She stands out from all the short girls.

step out (of) (intransitive)—leave a room or building
It was so hot in there that we decided to step out for a few minutes.

talk out of (separable)—convince someone not to do something
He was going to marry that girl, but his mother talked him out of it.

try out (for) (nonseparable)—audition
She is going to try out for the musical show at school.

try out (separable)—use before buying, to find out if suitable
They let you try the car out before you buy it.

turn out (intransitive)—indicates a result
How did the dress you were making turn out?

wash out (of) (separable)—remove from clothing with soap and water
I tried to wash that spot out of my dress.

wear out (separable)—use until ruined
I wore my shoes out, and had to throw them away.

work out (separable)—solve a problem in a relationship
That couple had a lot of problems, but they worked them out.

work out (intransitive)—do exercise
He works out every evening.