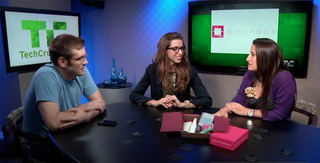 Telling stories is common in any language. Think of all the situations in which you can tell a story:

In each of these situations - and many others - you provide information about something that happened in the past. In order to help your audience understand, you need to link these ideas together. One of the most important ways to link ideas is to sequence them. Sequencing refers to the order in which events happened. These are some of the most common ways to sequence in writing or speaking:

Firstly,
First of all,
To start off with,
Initially,

Firstly, I began my education in London.
First of all, I opened the cupboard.
To start off with, we decided our destination was New York.
Initially, I thought it was a bad idea, ...

Then, I started to get worried.
After that, we knew that there would be no problem!
Next, we decided on our strategy.
As soon as we arrived, we unpacked our bags.
We were sure everything was ready, but then we discovered some unexpected problems.
Immediately, I telephoned my friend Tom.

Interruptions / New Elements to the Story:

Suddenly, a child burst into the room with a note for Ms. Smith.
Unexpectedly, the people in the room didn't agree with the mayor.

Events Occurring at the Same Time

While / As + full clause
During + noun (noun clause)

While we were getting ready for the trip, Jennifer was making the reservations at the travel agent's.
During the meeting, Jack came over and asked me a few questions.

Finally,
In the end,
Eventually,
Lastly,

Finally, I flew to London for my meeting with Jack.
In the end, he decided to postpone the project.
Eventually, we became tired and returned home.
Lastly, we felt we had had enough and went home.