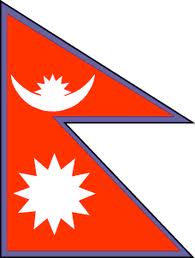 Marriage customs vary among the different castes. Traditional marriages are arranged by parents, although sometimes with the consent of the marriage partners. Marriage is sacred, divine, and considered to endure beyond death. For the Nepalese, chastity (sat, or satitwa in urban areas) is the most important virtue a woman can bring to a marriage. Sherpas might live together before getting married. Weddings are times of great celebration and feasting. They are elaborate and may last up to three days. In the southern region, called the Tarāi, a dowry is common.

In the interests of the family take precedence over those of the individual. The elderly are respected and cared for by their families. Traditional households are large and include the extended family. In many homes, aunts, uncles, and other relatives live together with their respective families and share the same kitchen. Among the educated, it is increasingly common for some sons to set up separate households after marriage rather than live with the extended family. To slow the recent rapid population growth, the government is encouraging family planning.

Land is inherited and divided equally between the sons of a family. Inheritance laws have been reformed, and women are gaining some property rights; however, women—especially among Hindus—generally have few rights or privileges in society. They are responsible for the household and farming—except for plowing—and do not socialize in public as much as men. While many women work outside the home, it is more common in urban areas than in rural areas. Women in rural areas often marry before they are 18 years old. They join their husband’s extended family at that time and are expected to care for his parents. Some men have more than one wife.

Most families in rural areas live in modest, two-level houses made of stone and mud with a few small windows. The upper level is used to store food. Houses in the cities are built from bricks, stone, or reinforced concrete. Urban apartment buildings cannot have more than five stories. Those who live in apartments often share water and bathroom facilities with others. In the south, where the caste system is most dominant, a few higher-caste people can afford to live in large, well-built houses, but the majority of lower-caste people live in poverty.

Many higher-caste people in are vegetarian or eat no meat other than goat. Rice with lentil soup and vegetable curry are often the main dishes in urban areas or among the rural upper classes. The middle castes eat goat or chicken when they are available, and occasionally eat water buffalo. Hindus do not eat beef, and Muslims do not eat pork. Meat is usually consumed no more than a few times a month and then in small quantities. Larger quantities are eaten only at festivals. Sherpas and Tibetans tend to eat meat more often than other groups. Fruits and vegetables are used in season.

Millet and maize are staples for most Nepalese, although rice is a staple in the Tarāi. Roti (flat bread) may be prepared with different grains; wheat is preferred, but a Brahman will also eat a maize roti. Millet and buckwheat are more often eaten by poorer people. Hill people eat dhedo (porridge) made of maize meal, millet, or buckwheat.

In most homes, men and guests are served first, followed by children, then women. Chopsticks are used in some northern districts, but elsewhere food is eaten with the hand. Because of the Hindu principle of jutho (ritual impurity), food is not shared from the same plate or eaten with the same utensils. When drinking water from a communal container, the lips do not touch the container. Higher caste Hindus are careful that their food is not touched by people outside their caste or religion; food prepared by any caste lower than one’s own is considered jutho and cannot be eaten. Therefore, at social gatherings involving more than one caste, the Brahmans, who are the highest caste, prepare the food. Only roti can be prepared by a lower-caste person.

Namaste is the traditional greeting in . A person places his or her palms together—with the fingers up—in front of his or her chest or chin and says “Namaste,” or Namaskar to superiors. Adults do not use the Namaste greeting with children. In informal situations, one might raise the right hand in a salaam gesture, which is similar to a salute, for both greetings and farewells. At formal social gatherings, a guest may be adorned with a mala, which is a flower garland, when greeted. In certain Buddhist communities, a khada (white cotton scarf) may be offered instead of a mala. The Nepalese generally do not shake hands, although some men may shake hands with Westerners or each other. In greetings, it is respectful to use titles (such as “Professor,” “Doctor,” or “Director”) or the suffix -jee (or -jye) with the last name. The Nepalese usually ask permission before taking leave of others.

Men do not touch women in public—even between married couples physical affection is reserved for the privacy of the home. However, members of the same sex often express friendship by walking arm in arm or hand in hand.

Relatives and friends get together often, and even unexpected visitors are made welcome. Hosts are patient with late-arriving guests because individuals are considered to be more important than the demands of a time schedule. Hindus believe that being kind to strangers can enhance their status in the next life, and they will not turn away someone in need. Some people may, however, be shy about inviting strangers they consider wealthier than themselves into their homes.

Tea with sugar and milk is usually offered to guests; it is usual to decline refreshments initially before accepting them. Shoes are removed when entering a home, a Hindu temple, or a Muslim mosque. Guests invited to a meal usually bring small presents for the children, especially during holidays or for special occasions, but they are not opened at the time they are received. Gifts may include food or drinks from guests without a regular income. In the south, members of the opposite sex do not usually mix at social gatherings, although this custom is not as prevalent in the north.

Several cinemas in Kathmandu show films from , but films from the are not allowed in cinemas. Family-operated video cinemas in both large cities and small towns show up to three films a day. is a country of many festivals and celebrations during which people sing and dance. Popular sports include soccer, volleyball, and badminton. Many adults consider most games and sports only for children.

has its own solar calendar called Bikram Sambat, with the new year occurring in mid-April. Dates for religious holidays and festivals, however, are based on the phases of the moon. Dashain takes place during two weeks in September or October and celebrates the inevitable triumph of virtue over the forces of evil; it is a time of gift giving, family gatherings, feasts, and rituals performed for the Goddess of Victory. During Tihar, three days in October or November, rows of lights are displayed on every building in worship of the Goddess of Wealth. Teej is observed in August or September and is a time for married women to go home to their parents, receive special treatment, ritually purify themselves, and pray for sons. Sons are prayed for because they stay near their mother—unlike daughters, who are married off into other households—and can care for her in her old age. Holi is a lively social event in February or March during which people dance in the streets and throw colorful powders on each other. Bhoto Jatra is a great festival celebrated in April or May and attended by the king and queen. The birthdays of the king (28 December) and queen (8 November) are also celebrated. Christmas Day (25 December) is an official holiday. On the full moon of the month Baisakh—which falls sometime in April or May—the day Buddha was born, the day he was enlightened, and the day he passed into nirvana are commemorated.