Customs of Democratic Republic of the Congo 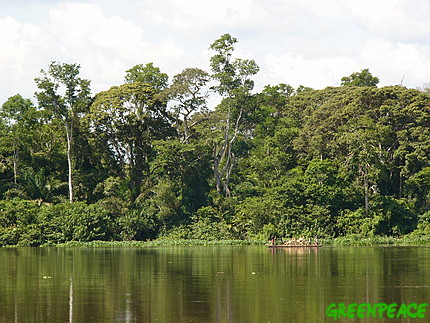 Traditionally, marriage is a family affair and is at least partly arranged by parents. Among matrilineal families, the preferred marriage partner is a cousin—one of the mother’s brothers’ children. However, that pattern is slowly changing, especially in urban areas.

Although family structure varies greatly among the different ethnic groups, much emphasis is placed on group goals and overall family welfare. Large extended families are normal, and they usually live under the same roof or in a tight group of homes. In the western region of Democratic Republic of the Congo (DRC), families are mostly matrilineal, with the mother’s brother as the male with the greatest authority in the family, rather than the husband. In other areas of the country, patriarchal and polygamous families, as well as combinations of these, are common. Urban families, particularly among the more affluent, are usually patrilineal and tend to include fewer relatives in the extended family.

Funerals for family or close friends are often elaborate events. Practices vary, but the family of the deceased usually announces a period of mourning at a large gathering of family and friends. These gatherings involve singing, dancing, speeches, and crying into early morning hours. At the end of the designated period, typically 40 days, the mourning is lifted at a large, sometimes lavish celebration. Friends and family attend this event to show their concern for the immediate family of the deceased. These funerals also serve as an important means to maintain personal, romantic, and professional contacts.

Staple foods include cassava, rice, potatoes, bananas, yams, beans, maize, fish, groundnuts, and various other fruits and vegetables. One of the most common foods is fufu, a mealy paste made from flour and water. Known by a variety of names in different parts of the country, fufu is typically served with a sauce made from tomatoes or peanuts. Another popular food is shikwanga, a dish from the western regions of Congo (DRC) that is made from manioc flour and water. Sauces are served with most meals. Palm oil sauces are especially common, and most sauces are prepared over a wood or charcoal fire, even in urban areas. Common fruits include mangoes, oranges, papaws, and coconuts. Some types of food must be purchased daily because people do not have ways to keep them fresh. As a result of years of political crisis and the breakdown of many services, adequate supplies of food are failing to reach some areas.

Eating customs vary widely. Silverware is very common in urban areas, but people often eat with their hands in rural areas. People usually eat with the fingers of the right hand only. Men and women sometimes dine separately, washing their hands in bowls of warm soapy water at the end of the meal. Portions may be served individually or in a communal bowl depending on local custom. When sharing a bowl, people eat only from the part directly in front of them. Only the eldest distribute meat to those eating the meal.

In urban areas, men and women generally shake hands and smile when greeting. The French term Bonjour (“Good day”) is used among many people in urban areas, but among Lingala speakers Mbote (“Hello”) is more common and is followed by Sango nini? (“What’s new?”). In rural areas, men do not usually shake hands with women, but will with other men. Some rural women greet men by clapping their hands a few times and bowing slightly. In some areas, men greet each other by gently touching the side of the forehead—much like the European custom of kissing cheeks—during a handshake. In the eastern and southeastern parts of the country, the Swahili greeting Jambo (“Hello”) is common. Other greetings vary according to ethnic group. In virtually all parts of the country, greetings are more elaborate and lively than goodbyes.

Visiting is important. Family and close friends often drop by unannounced, but strangers are expected to make arrangements in advance. People often socialize in outdoor courtyards rather than inside homes. Socializing indoors is reserved for special events, usually occasions when the guests are of a markedly higher social status than the hosts. When a person first pays a visit, a gift is not appropriate. Guests may give small gifts, such as food or an item for the house, after they establish a relationship. First-time visitors are directed where to sit by the hosts, and the guests generally remain seated. Good friends and members of the extended family have greater liberty to make themselves at home. If children are present, they are expected to greet each adult with a handshake and perhaps a kiss on the cheek. They are then usually dismissed while the adults socialize.

If a host offers to share a meal, the guest should first show reluctance to join the host’s table before finally accepting the offer. It is important to try at least some of the food as a gesture of goodwill.

Soccer is the most popular sport in Congo (DRC). Rural inhabitants enjoy gathering to dance and play drums. Many urban people spend their leisure time socializing, dancing, or listening to local jazz.

Public holidays include New Year’s Day (1 January); the Commemoration of the Martyrs of Independence (4 January); Easter; Labor Day (1 May); Promulgation of 1967 Constitution and Day of the Fishermen (24 June); Independence Day (30 June); Parents’ Day (1 August); and Youth Day (14 October). Veterans Day is observed on 17 November and the Anniversary of the on 24 November. Christmas Day is celebrated on 25 December.