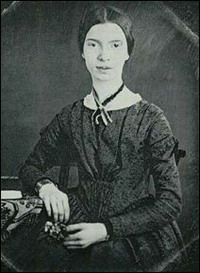 What is American literature? It’s writing created by American authors writing in the English language. Much of this literature describes life in America or of Americans living elsewhere. Americans started writing soon after the first European settlers arrived in the 1600s. Ever since, American authors have asked questions: Who are Americans? What do they believe? How do they live, and what do they do?

Native Americans did not write down their stories. Parents told children the stories and history of their people. Some of these stories have vanished. But many have survived, especially stories about how the world and humans came to be.

Early colonists wrote about danger and hardship in America. Much American writing in the 1600s and 1700s focused on religion.

During the 1700s, some writers turned to issues like political freedom. Writings like Thomas Paine’s pamphlet Common Sense (1776) encouraged Americans to seek independence from Britain.

After the American Revolution (1775-1783), the United States strived for its own identity, culture, and literature.

Literature also explored American problems. Slave narratives told about the evils of slavery. One of the best was the Narrative of the Life of Frederick Douglass, an American Slave. In New England, Henry David Thoreau wrote in favor of abolishing (outlawing) slavery.

During the 1800s, some American writers insisted on the importance of an individual’s freedom and an individual’s sense of right and wrong. New England writers like Ralph Waldo Emerson said that people needed to decide for themselves, rather than take for granted the views of churches and other institutions.

Nathaniel Hawthorne raised questions about the notion of sin in Puritan times—the 1600s—in New England. His most famous book is The Scarlet Letter. The central character in the book goes against Puritan notions of right and wrong, but most readers find her to be a better person than those who condemn her. Edgar Allan Poe wrote scary stories about people who commit crimes and then must live with feelings of guilt.

Herman Melville and Mark Twain are towering figures of American literature in the 1800s. Melville traveled widely and later wrote of his adventures at sea. His masterpiece is Moby Dick, the story of one man’s destructive hunt for a white whale. In the book, Melville looks at good and evil in people and in nature.

Mark Twain wrote stories about life along the Mississippi River, where he grew up. His childhood adventures figure in his best-known book, The Adventures of Huckleberry Finn. The boy Huck Finn makes up his mind about right and wrong when he decides to break the law and help a runaway slave escape to freedom.

Walt Whitman and Emily Dickinson are two of the greatest American poets. Both of them used simple, everyday language. Whitman celebrated freedom and American democracy. He wrote about laborers, immigrants, and others who led hard lives. Dickinson brilliantly expressed her thoughts and feelings, especially her fears about death.

A PLACE IN THE WORLD

During the early 1900s, American literature won a place in world literature. American writing was translated into other languages. American writers began to influence writers in other countries.

Ernest Hemingway became one of the most influential American writers. Hemingway began as a newspaper writer. He continued to write like a newspaper reporter, using short, descriptive sentences in his books. Hemingway relied on dialogue—people’s conversation—to tell his stories. Many other writers copied his straightforward, compact writing style.

Other American writers wrote of life in a particular region of the United States. African American writers flourished in the Harlem neighborhood of New York City. Writers like Zane Grey, Willa Cather, and John Steinbeck used the American West as a background for their stories. William Faulkner wrote about family conflicts in the American South.

American writers found new topics after World War II ended in 1945. In The Catcher in the Rye, J. D. Salinger wrote about a teenager who is turned off by the lives of adults. John Updike portrayed middle-class American life.

Life in America continues to change, and American writers keep trying to capture what American life is. From the 1600s on, writers have helped define what it means to be an American.